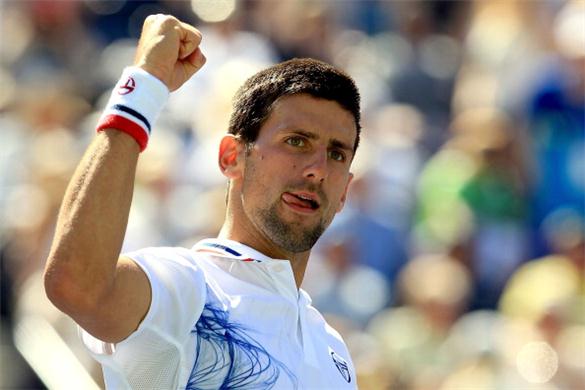 Djokovic is the number one tennis player. He has way more points than the number two seed. He is currently at 16,150 points, double number two, Murray, who has 8,435. He is known as the best returner and has one of the best backhands. Djokovic’s symbol is a capital, cursive J. He has a total of sixty five titles. Djokovic has only won one doubles title and sixty four singles. Over all, Djokovic is in the top of the millions of tennis players around the world.